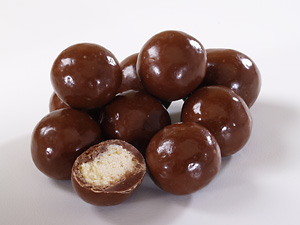 Stop the Avoidance: Don’t Let IT Become a Psychic Mountain

Welcome back from Thanksgiving break. After confessing to my husband that it was me who ate half the apple pie, I figure it is time to come clean about one of my professional tendencies. If Tony can be so honest, I should also follow suit. . . I’ve faced some serious work avoidance a few times in this past month. Maybe it’s the long three-week run of trainings in four cities. Or maybe it’s my post-book adrenaline. Whatever the reason, I have a serious case of work avoidance!

Case #1—When You Know Exactly How Much Work It Is: My first case of work avoidance struck me on a recent Saturday flight from Boston to DC. I had just finished three days of workshops, and my brain was tired. My back hurt, and I maybe just binged on a box of malt balls at the airport. But I HAD to finish a Powerpoint deck for my Monday webinar series with Ed Pioneers. My Monday morning was already full of meetings, and though I was tempted to defer the work to 5 AM Monday morning, I didn’t want to be rushed. Plus, I already had a running date scheduled with my neighbor. So while I wanted to read my novel and frankly, could have used the break, I had a little talk with myself. “Self,” I said, “What will I absolutely DREAD facing on Sunday night, especially after already working all day Saturday training 75 teachers?” Indeed, the answer was the webinar materials. That was enough information for me to spend an hour adjusting a sloppy version of the deck, noting where I need to deal with formatting later on. I could have gone slide by slide, making each one perfect before I moved on to the next. But instead, I opted to work in breadth, scanning the whole training deck, making notes on fixes for later, and just getting the skeleton of the content right while I was captive on the flight and totally focused. I could do the little stuff later. But if I had waited to face all this big stuff on Sunday night or Monday morning, THAT would have been stressful.

Lesson Learned: Sometimes a rough or messy cut of something can remove the psychic stress.

Case #2 – When You Don’t Even Know What the Work Is: The second case of work avoidance hit when I had to prepare something I was excited to create: the actual lesson plan for the Together Leader training, so someone can execute it on my behalf. I’ve had a vision of this HUGELY IMPORTANT document for two years, and segments of it often float through my brain while I’m teaching. But I’ve never before put it all down on paper. Unlike the situation above, I didn’t really have a clear idea of the steps I would have to take to accomplish production. To get over the psychic mountain of perfection, I set a timer and gave myself 30 messy minutes to brain dump my ideas and consolidate various bits of vision I’d collected on training guides, in Evernote, and on PowerPoints. And you know what? That 30 minutes allowed me to realize this lesson plan wasn’t as huge a task as I had envisioned.

Lesson Learned: Need to figure out what the work even IS? Just get started.

Case #3—When You Have Zero Background Knowledge: My gutters. Many of you know I was a Brooklyn apartment dweller for a decade, and this whole house thing is new to me. So, we have gutters. Apparently they are supposed to be cleaned two times per year. Or something like that. And I just couldn’t make it move forward. It felt daunting, and as simple as the task may sound to you, I had zero background knowledge, so I got stuck. Finally, as the leaves piled up around us, I forced myself to add one small step to my Weekly Worksheet: “Email two neighbors and get the names and numbers of who cleans their gutters.” The impossible suddenly felt doable.

Lesson Learned: Take the smallest step you can possibly imagine.

Your turn! What psychic mountains do you need to move forward? How will you do it?

PS – Breaking down (rather than avoiding) a big project and a Breakfast Club to keep you accountable! 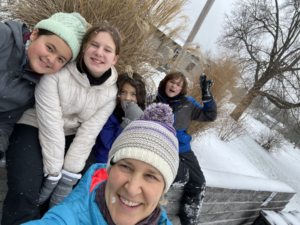 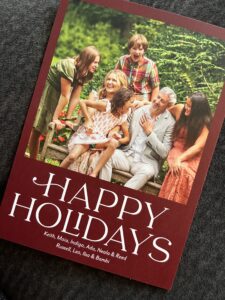