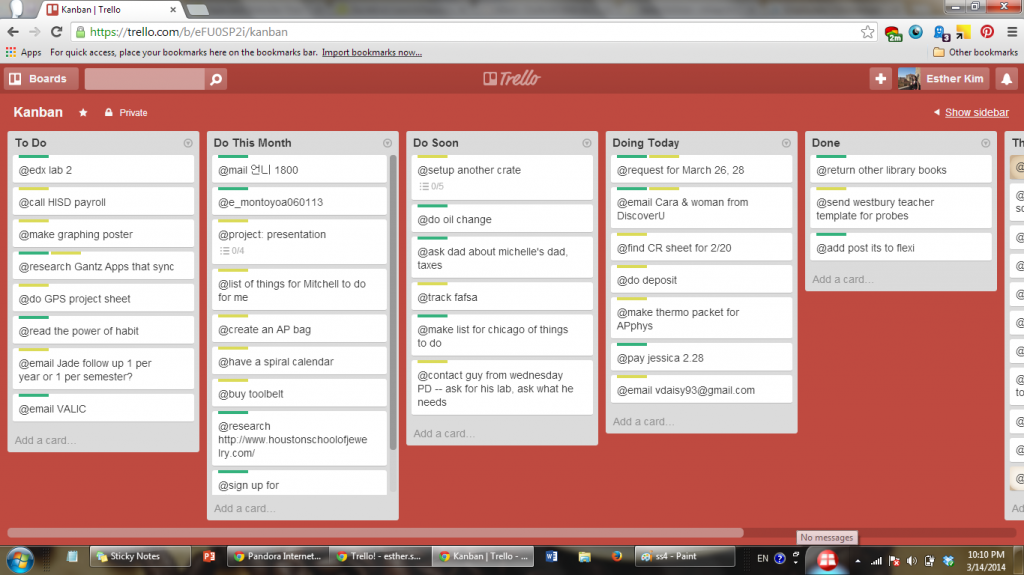 During a recent teacher workshop in Houston, I spotted Esther K. eagerly updating her To-Do lists in the back of my session. As you know, I’m always on the prowl for new systems to profile! While I’ve found many digital leaders, it’s rare to find a close-to-digital teacher, given the nature of the teaching role. Enter Esther, an 11th and 12th grade physics teacher. Esther uses the app Trello to digitally manage her To-Dos. Let’s dig in!

Below is the big picture of Esther’s To-Do’s. Moving from left to right, we have the following categories:

Zooming in on Esther’s “Do Soon” list, you can she has created a To-Do titled “@setup another crate.” Esther has to set up a new instructional crate of materials for one of her classes.

Clicking on this To-Do expands it further. Now you can see the bite-sized actions required (predictably our favorite feature!) to get this To-Do done: 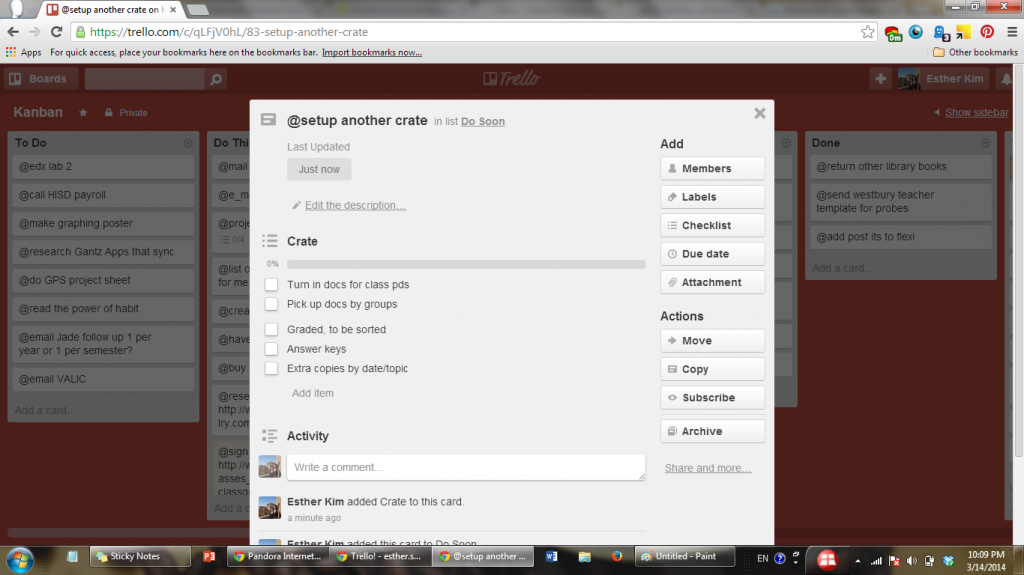 Esther subscribes to David Allen’s Getting Things Done way of organizing her lists: by “context.” This means that To-Dos are organized by what needs to be done, such as for a Project, Home, or School. There are other ways to organize your Upcoming To-Do list, such as by Start Month (my personal favorite), by location, by energy level, and my new obsession—by the amount of time something will take.

I asked Esther what supported her quest for digital organization. The following conditions jumped out at me.

Esther, thanks for inspiring so many of us to move toward the digital realm! 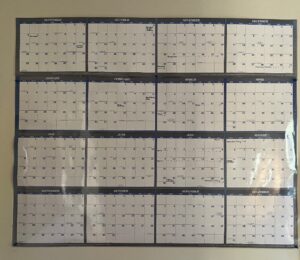